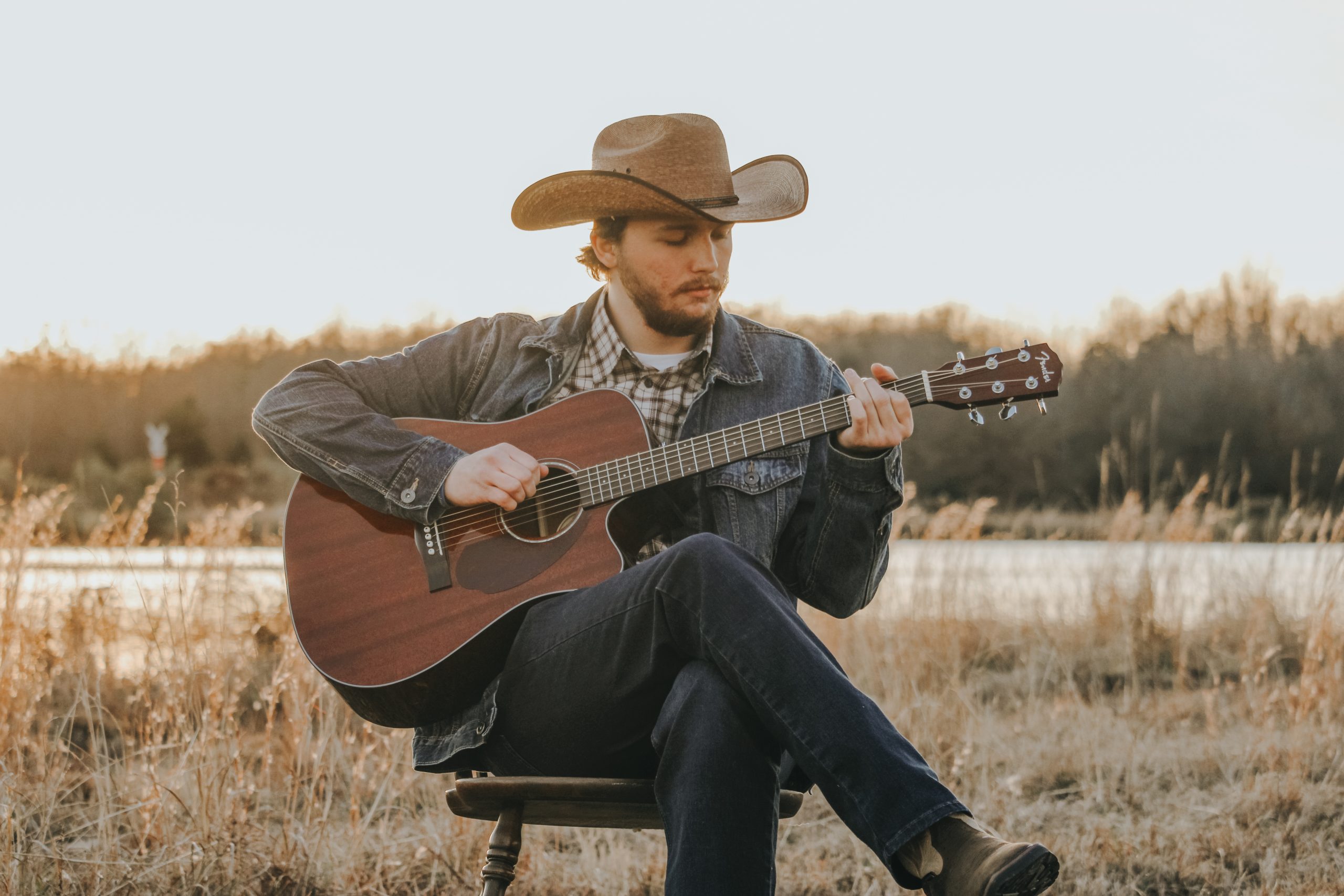 Mississippi Mason is a singer/songwriter hailing from Columbus, MS. Mason writes and sings music for “simple folks”–storytelling songs with catchy, singable melodies and accessible lyrics. Having tasted the music business while growing up traveling with his dad’s southern gospel band on the weekends, it’s no surprise that he ended up as a musician himself.

With influences from a wide range of old and new country, southern rock, and gospel artists, Mason seems at home in a ball cap as much as the cowboy hat to which he’s dedicated an entire song. As a writer, he seems less influenced by the bro-country of the last decade and more inspired by the writers of yesteryear. His idols are Johnny Cash, Jamey Johnson, and Lynyrd Skynyrd, and it shows. There’s even a quality to his voice that seems to belong in a bygone era–his smooth tone mimics mid-century country balladeer Jim Reeves at some points, and at others a 20th-century country tone that could have put him in the running to be the fifth member of the Highwaymen.

Mason’s newest recording effort, a ten song collection of studio recordings titled Just The Way I Am, shows his range as a writer. The album, released in May 2022, opens with the clearly southern rock anthem “Don’t Take Me Back,” followed by the gothic-country plea to “Say a Prayer” for him on judgement day, before transitioning to the carefree and relatable “Dancing In The Dark” (an ode to nonchalance as it relates to what life throws at you). The lighthearted “Tombigbee Bend” leads into the longing of “Outskirts of Heaven” and the romance of “Hey Babe.”  In a nod to the traditional sounds of Nashville, Mason offers up his original song, “Better On My Own” and a cover of the Cash classic, “Folsom Prison Blues.” The project moves toward a conclusion with an upbeat tribute to the grandfather who handed down “This Cowboy Hat of Mine,” and ends with a journey down “The Weary Road.”

Mason is a recent graduate from the DMI Entertainment Industry Studies program at Delta State University in Cleveland, Mississippi, and is signed to Cotton Row Record Company. He is currently marketing, promoting, and touring in support of his new album. The ultimate dream for Mason? To sing from the stage of the Grand Ole Opry and have his songs broadcast over WSM. It seems that he is well on his way. Just like country greats before him, he writes and sings with a rugged honesty that comes across as absolutely genuine. www.mississippimason.com